Togo, the artificial segment of a geographical area, owes its shape and its borders to colonial arbitrariness: on the coast a good 50 km wide, it extends as a narrow strip about 550 km to the north, with a width that varies between 45 and 140 km. Togo was a German colony from 1884 to 1914 and was ruled by three colonial powers in its short history.

Archaeological finds show that parts of Togo were settled over 3000 years ago. Only relatively late, towards the end of the 17th century. A few small regional empires emerged in the area of today’s state, such as the kingdom of the Guin (Glidji / Aného), the Tschaoudjo empire of the Tem (Kparatao / Sokodé) and the empire of the Anoufo of Sansanné-Mango. They lay in a buffer zone between the powerful kingdoms of the Ashanti, the Mossi and the kingdom of Dahomé.

Many of the peoples and ethnic groups residing in Togo today have immigrated to today’s territory from various neighboring regions in the past centuries. The Ewé came from the Oyo region in today’s Nigeria via the historical stations of Ketou (Benin), Tado, Notsé, and then settled between the Volta and Mono rivers. The Fante and Ga (Mina / Guin) came from today’s Ghana, the Tem / Kotokoli from Burkina Faso and others from the Sahel countries, the Anoufo from Ivory Coast.

From 1471 Portuguese seafarers, later also other Europeans, landed on the coast of Upper Guinea and the trade between West Africa and Europe began in the transatlantic slave trade should find its sad climax. The coastal area of Togo is part of an area called the slave coast by Europeans, which stretched from the mouth of the Volta to the Niger Delta. The only trading center at that time was Popovi (Kleinpopo, renamed Anecho in 1905). The African traders who immigrated from Elmina and Accra were not only distinguished by their possession of firearms (hence Poupou = bumbum), they were also experienced traders in dealing with Europeans. The European slave buyers therefore moved from Popovi to Ouidah, where they could more easily take advantage of the inexperienced Africans in trade. From Ouidah, the port of the Dahomey Empire, they exported people to America in bulk; in Popovi, Europeans bought people of certain ages and genders according to their individual wishes, which the African middlemen in Popovi procured for them from the interior in the “silent slave trade”. In 1807 the British government banned the transatlantic Slave trade. But since slavery continued in America into the first half of the 19th century, people – now illegally – continued to be shipped there. In 1835, the second place of Atlantic trade was established on the Togo coast: Porto Seguro (today Agbodrafo) with the five original villages on the plateau above the lagoon, which was given the collective name Togo (see page 1).

The first missionary activities of the Bremen Mission in the Ewé area began in 1847. Merchants from several European nations later settled in the coastal towns, including the Hamburg shipowner Woermann. Gustav Nachtigal landed on July 2, 1884with the gunboat Möwe on the coast and accepted the offer of the representatives of several villages on the lagoon to conclude contracts with the German Reich in order to secure trade advantages from the local competition in Popovi. On July 5, Nachtigal signed a protection treaty with several village chiefs on his own initiative and contrary to the instructions of Chancellor Bismarck in Baguida. Since the spiritual head of the Togo villages, Mlapa, had already passed away, the staff bearer Plakko and the two grandsons Mlapas, Coodayce and Okloo, signed the protectorate treaty with Nachtigal, in which Mlapa became the “king” posthumously, not only of Togo [ville], but a fictional regional empire on the coast was raised to underline the importance of the treaties internationally.

Since the coastal strip, which was not yet occupied by other colonial powers, was very narrow, the Germans tried to compensate for this by penetrating deep into the interior. The majority of the population, estimated at almost one million people, lived in the two northern districts of Togo. The colonial administration used the northern districts as a reservoir for recruiting workers for the south and soldiers and tried to seal off the north from European influences such as missionaries.

According to businesscarriers, one of Togo’s historical figures is Foli Bébé, who came from Accra around 1680 and founded the city of Glidji and the Kingdom of the Guin. Known for his tyranny was King Agokoli, who ruled the city of Notsé in the early 18th century and committed his subjects to cruel forced labor to build a city wall. Ouro Djobo Boukari (died 1898), the head of the Tem from Kparatao / Sokodé, knew how to make pacts with the Germans and was known through his cavalry army, the Sémassi. Octaviano Olympio, scion of an Afro-Brazilian family, was a successful businessman and entrepreneur, actively involved in Lomé’s economic boom and one of the most influential citizens of the city during the German colonial era.Pastor Andreas Aku was the first African to hold a leading position in the Presbyterian Ewé Church. Agbanon II, King of Glidji (1929-1972) wrote a story of Pétit-Popo and the Guin people in 1934, which was one of the first monographs on Togo by a Togoer. Personalities who stood out in the struggle for freedom and independence were mentioned by the Parti des Travailleurs for the 50th anniversary of Togo’s independence in the book ‘Togo: 27 avril 1958/1960 – 30 biographies des artisans de l’indépendance nationale «Ablodé! »’Appreciated. In 2007, some streets in Lomé were renamed to honor politicians such as Sylvanus Olympio to appreciate. An initiative of the Center for Studies and Research of Oral Tradition – CERTO – wants to reevaluate the history of Togo from its origins to 1960 based on the women and men who helped shape the history. 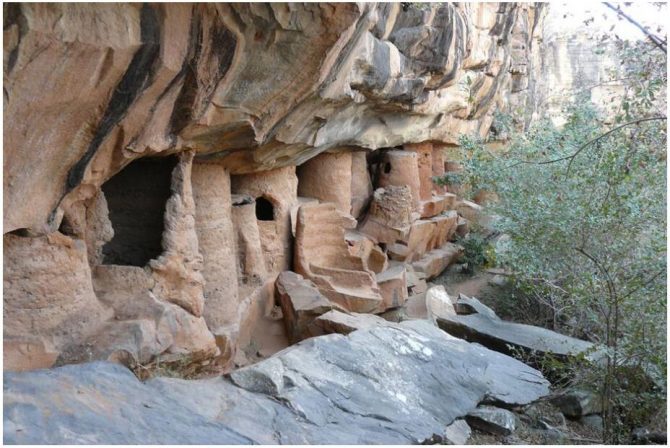