In 2012, Rakhine activists launched violent attacks on Muslim neighborhoods in Rakhine’s capital, Sittwe. About 120,000 Rohingya were then imprisoned in camps just outside the city, where they still live. In a 2014 census, everyone in Myanmar was asked about their ethnicity, but Rohingya were not allowed to answer. As a result, the census could not be properly conducted in northern Rakhine.

Many young people fled across the sea to find a livelihood, and in 2015 the world became seriously aware of the tragedy of the Rohingya when many drowned in an attempt to reach other countries. Today, a large number of Rohingya live far from home , especially in Pakistan, the Middle East, India and Malaysia.

The government of Myanmar refuses to use the term rohingya. Many have tried to make State Attorney Suu Kyi understand that once a people has chosen a name for themselves, others must accept it . She refuses . Like most others in the country, she does not want Rohingya to become a recognized ethnic group. Rakhine Muslims can obtain civil rights if they have been registered as living in Myanmar for a long time, preferably for several generations, but Rohingya do not get any collective rights as Myanmar’s “national peoples” have. This attitude is due to both hostility to Islam and fear of immigration from overpopulated Bangladesh.

Rakhine is one of Myanmar’s poorest states. The most disadvantaged are the Rohingya, but the Buddhist Rakhine population is also poor, and people are dissatisfied with the fact that the Union authorities have done so little to create an economic development that benefits the people.

When the military dictatorship eased its repression in 2010-11, the Rakhine people seriously rediscovered their own history under the Buddhist principality of Arakan and a movement for greater independence emerged . Some also hoped for revenues from offshore oil and gas extraction. Rakhine people noticed how little they had left that China did build innskipingshavn for oil and gas in Kyaukpyu, a piece south of the capital Sittwe. The pipelines run across Rakhine on their way to China. In Sittwe, by the way, India is building a new port. Rakhine has become a piece in a great power game . China needs peace and stability in the region to secure its energy supplies.

Ahead of the 2015 election, two rakhine parties gathered in the Arakan National Party (ANP), which made a good choice – helped by the fact that the Rohingya people did not get to vote. Aung San Suu Kyi’s National League for Democracy (NLD) party won a majority in twelve of the fourteen states and regions of Myanmar. The only exceptions were the states of Rakhine and Shan.

Since Suu Kyi became state adviser in 2016, there have been strong contradictions between the state assembly in Sittwe and the union authorities in the capital Naypyidaw. Studies have shown that many rakhine people want independence from Myanmar, a country located in Asia according to philosophynearby.com.

At the same time, they are afraid that the Union government will give rights to the Rohingya. The Rakhine nationalists want autonomy in their country. Satellite images of the villages burned down in August – September 2017 show that about thirteen (out of 230) were rakhine villages. This is probably due to the fact that Rohingya fighters also burned houses, although it may also be that the army in Myanmar was behind it. It is fighting not only against ARSA , but also against the Arakan Army (AA), which is fighting for an independent Rakhine. Both among Rohingya and Rakhine, there are armed groups fighting the army (Tatmadaw) – so far without any great support. Most people – in both ethnic groups – apparently fear that armed struggle will give the army a pretext for new abuses.

The main responsibility for the army’s abuse lies with the Chief of Defense Min Aung Hlaing. Myanmar’s last dictator, General Than Shwe, wanted Min Aung Hlaing as his successor as chief of defense in 2011, while two senior generals, Thein Sein and Shwe Mann, were given the two civilian positions as president and president of the National Assembly. Thein Sein was president from 2011-16 and has since left politics. Shwe Mann was a high-profile leader of the National Assembly in the years 2011–16, but failed to be re-elected in 2015. He is now one of Aung San Suu Kyi’s closest advisers.

Does Aung San Suu Kyi also bear responsibility for the army’s abuses? At least some responsibility. She is the country’s democratically elected leader. She has not distanced herself from the abuse. She probably did not take a direct part in the army’s decision to expel the Rohingya. She has no power over the army.

Although her party won a clear majority in the National Assembly in 2015, she could not be elected president in 2016. According to the constitution of 2008, no one can become president who has children with foreign citizenship. Aung San Suu Kyi was married to a Briton who died in 1999, and one of their two sons has British and the other US citizenship. In 2016, Aung San Suu Kyi chose to let his close friend Htin Kyaw be elected president and took up the new position of state adviser himself. It enables her to function as the country’s democratically elected civilian leader. 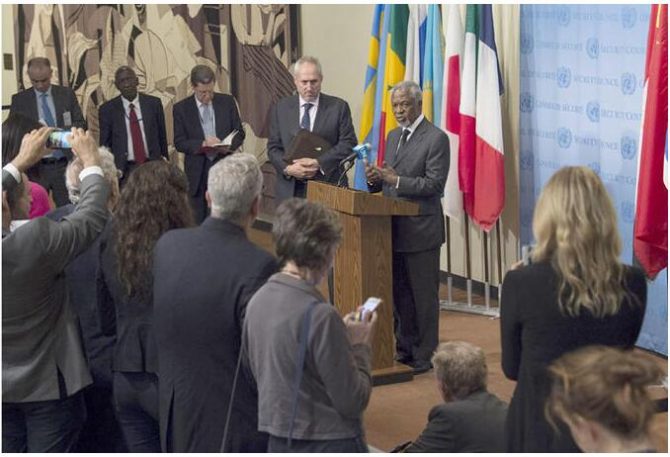