6: How does Norway contribute to Farayab?

On the one hand, the Taliban can be seen as a relatively tight organization with clear lines of command. In this sense, the increase in violence in Faryab can be understood as the result of a clear strategy, with the Taliban purposefully attacking northern Afghanistan in a pincer maneuver with an offensive in Baghlan and Kunduz in the east, and another in Badghis and Faryab in the west. With this as a backdrop, the task of the Norwegian forces will be to try to stop the Taliban’s advance north from Badghis through Ghowrmach and into Faryab. Then the Norwegian effort will be just a small part of the great war against the Taliban.

On the other hand, the Taliban can be seen as a source of inspiration , with the brand name Taliban being lent to groups that are opposed to the current regime, nationally or locally. In this respect, the increased level of violence in Faryab has local roots. Groups that feel pushed aside or threatened often take up arms to defend themselves and their own interests. It may be in their interest to use the Taliban name because it may provide prestige and perhaps some support.

But it may also be in the interest of the authorities and other authorities to brand these rebels as the Taliban. Then it may be easier to get support to fight them, but also to get more of the large Western aid to Afghanistan. In this perspective, the task of the Norwegian PRT in Faryab will be to focus on mitigating and resolving local conflicts . Then it should be a priority task to avoid that the Pashtuns in the province are pushed aside (marginalized). The Taliban is, after all, a movement that recruits almost exclusively from this ethnic group.

Norway has contributed large sums of money to development projects in Faryab. It is obvious that many people have gotten much better in the last five to six years , with access to health services, schools, electric power and greater opportunities for selling crops. But growth is not evenly distributed . The Pashtuns in Faryab have systematically received much less assistance than other groups. In Norway, many political and military actors have spoken of the “Afghan people” as if they were one ethnic group.

The deep ethnic divides have not been sufficiently recognized. Thus, they have worked on the basis of a simplified notion that development would lead to peace. But instead, Junbesh has been able to use his political power to marginalize the Pashtuns. They lose every time new goods are distributed. The new state has little to offer the Pashtuns in Faryab.

Provincial Reconstruction Teams (PRT) are an important part of NATO’s way of operating in Afghanistan, a country located in Asia according to topb2bwebsites.com. The idea is that the PRTs will be able to use military and civilian instruments to strengthen both development and security in their area of ​​responsibility in collaboration with local authorities. In each PRT, there is a leading state that has the main responsibility for the operation. The PRT’s way of operating varies with the policies and wishes of the leading states. There is thus a great responsibility and a great room for maneuver for a leading state. Leading a PRT is very much a political task.

The idea of ​​PRT has never been popular in Norway. Neither the Norwegian Armed Forces nor the Norwegian model for emergency aid and assistance are designed to support a concentrated national effort in a separate Norwegian dough. On the contrary, both parts are set up according to a model where Norwegian contributions can be used in different places in an international operation.

Norwegian politicians and decision-makers usually downplay Norway’s role in Faryab. The PRT is presented as subject to ISAF (NATO Force), and is thus only seen as part of the large chain. It is also seen as a supporter of the Afghan authorities, with the latter in charge. In this lies a lack of recognition of Norway’s political role in the province; attendance is reduced to contributions of a more or less technical nature. But there are examples that Norway can have a significant influence if desired:

In the autumn of 2008, the Norwegian military leadership believed that Faryab was threatened from Ghowrmach, the northernmost district in Badghis, the neighboring province in the south. Norway therefore believed that Ghowrmach had to be transferred to Faryab. Despite the opposition of both important NATO countries and local authorities, Norway managed to gain support for its views. Ghowrmach was subordinated to Faryab on January 1, 2009.

In the Norwegian PRT, there is a sharp distinction between civilian and military instruments . Contrary to what Norwegian forces did in the past, the military is not allowed to conduct any activities that can be carried out by civilians. It is politically determined in Norway that military not to perform humanitarian work or take on development projects. On the development side, the efforts are led by a development consultant. The actual work, such as the construction of schools, roads, irrigation systems, food storage, etc., is largely carried out by non-governmental organizations (NGOs), but is also linked to the Afghan authorities and the UN.

The civilians in the PRT report to the embassy in Kabul, which in turn relates to the Ministry of Foreign Affairs in Oslo. The Norwegian military forces report to ISAF and RK Nord, but also to the Armed Forces’ operational headquarters (FOH) via its representation in Mazar-e Sharif. FOH in turn reports to the Ministry of Defense . It is thus only at the political level in Oslo that the threads are gathered. In other words, there are. no joint management for the Norwegian PRT in Faryab.

It is not primarily the distinction between development work and military effort that is the problem. It is rather the lack of Norwegian political coordination of these instruments that weakens the effect. In the future, Norwegian decision-makers should carefully consider whether Norway should take responsibility for its own dough. Is Norway really willing to put up with the capacities that are needed and to take the responsibility that such a role entails? 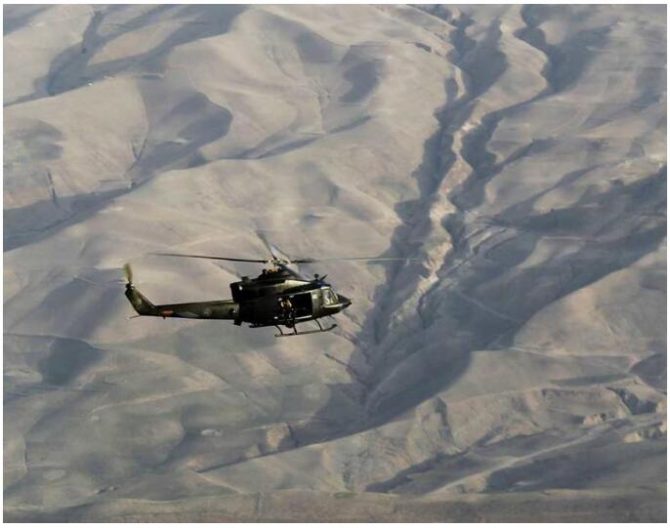