The term of office

The First World War was also fought in the colonies of Africa, including Togo. After just a few days, the Germans had to surrender and Togo was divided into two “occupation zones” lengthwise in roughly equal parts by the British and French administrations. The German colonies were assigned to the League of Nations in 1919 as mandate areas, which in turn appointed colonial powers as administrators. In 1920 it was divided again: about a third for England and two thirds for France. These two thirds make up the current state of Togo. After 1946, the two parts of Togo were administered by both powers as trustee areas of the UN with the aim of annexing the area to the respective neighboring colony. Under the supervision of the UN, the people of the British trust area made their decision on May 9, 1956 for a union with Ghana, which became independent in 1957. The French trust territory became an autonomous republic within the ‘French Union’ on August 24, 1956 and Nicolas Grunitzky became its prime minister. However, France continued to retain “responsibility” for foreign policy, defense, currency, and public order and justice. The decisive elections on April 27, 1958, which were monitored by the UN, won, to the surprise of France, Sylvanus Olympio, who became the new Prime Minister of self-governing Togo. His achievement was undoubtedly the establishment of an independent state by relying largely on the Federal Republic and the United States. On April 27, 1960, as president, he was able to proclaim the slogan Ablode – freedom and Togo was independent. The French Institut National de l’Audiovisuel (INA) has put together film clips from the celebrations on Togo’s independence day. 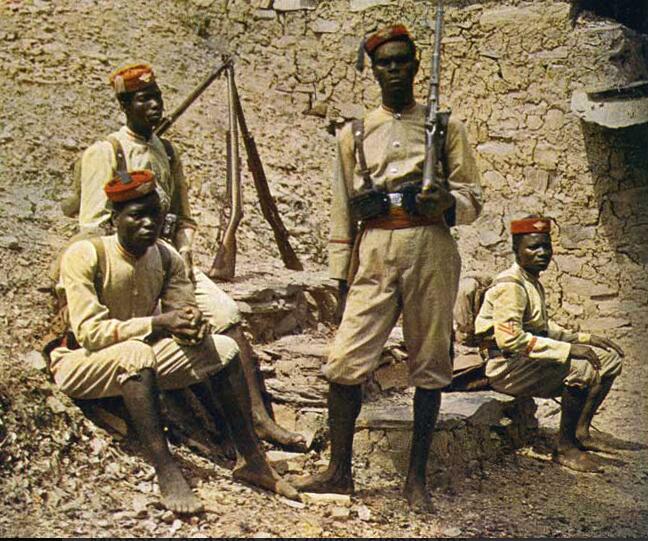 President Sylvanus Olympio, a representative of the southern trade bourgeoisie, banned opposition parties in 1962. Popular dissatisfaction caused by unpopular economic measures, neglect of the north and the refusal to integrate the soldiers released by the French colonial army into the Togolese army contributed to his violent overthrow on January 13, 1963. It was the first bloody coup in the newly independent states of Africa. The putsch military set up a civilian government under Nicolas Grunitzkya. The banned parties were re-admitted. At the end of November 1966 there was another coup, and on January 13, 1967 the army definitely took power. Under the new President Eyadéma, the existing parties were banned again and in 1969 the unity party RPT – Rassemblement du Peuple Togolais was founded.

The recent history of Togo

According to cheeroutdoor, the recent history of Togo is shaped by the 38-year rule (1967-2005) of President Eyadéma. As in other African countries, the authoritarian regime of Togo was shaken by the impression of Mitterrand’s Discours de la Baule and the collapse of the dictatorships of the Eastern bloc at the beginning of the 1990’s. Mass protests aimed at democratization led to the formation of a national conference and finally a referendum on a new constitution, the abandonment of the one-party system and parliamentary and presidential elections. These steps towards democratization were systematically thwarted with the support of the military subordinate to Eyadéma. In 1993, due to the desolate human rights situation, there was a break between the Togolese state and the international donors, who – with a few exceptions – suspended their support until the end of Eyadéma’s term of office (and sometimes beyond). The economic consequences of this development were extremely difficult for the country and have not yet been overcome. Togo has a lot in common with its neighbor Benin, but they both have a lot in terms of political developments since the early 1990’s and democratization’Half-brothers’ took quite contradicting and different directions.

In October 2015, some journalists recalled the popular uprising against the Gnassingbé Eyadéma dictatorship 25 years ago. Archbishop Emeritus Kpodzro, who chaired the national conference, also speaks about these turbulent times in an interview.

The takeover of power by Eyadéma’s son Faure Gnassingbé in the course of the controversial election of 2005 was fraught with serious unrest. In the meantime, the situation has eased with Faures opening up to the traditional opposition. The last parliamentary elections in 2007 were the first, the results of which were internationally accepted without major restrictions. Development cooperation on the part of the Western countries has consistently resumed.

The Ivorian writer Ahmadou Kourouma described in his award-winning novel ‘The Nights of the Great Hunter’ an interior view of the sometimes very occult power structure of the Eyadéma regime. The essay ‘Togo: A Lesson of Misguided Democratization’ analyzes the rule of Eyadéma and describes the transition phase after his death. The donor countries that supported this regime are also criticized for their responsibility. Bavaria in particular always emphasized the special relationship with Togo, which were highlighted again in April 2016 when a delegation of members of the Bundestag and representatives of the economy visited Togo. A memorial was erected in Kara to the late President Eyadéma.

The ‘National Movement for the Unification of British Togo and French Togo’, founded in Lomé in 2010, wants to reintegrate the part of the former German colony that is now part of Ghana into the state of Togo.

The online magazine ‘Letogolais’ published a detailed history of violence in politics from colonial times to the present day. The Soudou assassination, in which Gilchrist Olympio were seriously injured and twelve Togoers were shot, has not yet been processed after 24 years, as reported by the Fédération Internationale des Droits de l’Homme.

The magazine ‘Jeune Afrique’ compiled a chronology of the most important political events from 1960 to the present day.