Bangkok is a real shopping paradise, where you can shop almost anywhere and where you should leave your suitcase almost empty. Only the sky is the limit to what you can buy in Bangkok, and the prices are pleasing to everyone.

While many things have become more expensive in Thailand over the past decade, it is still possible to shop at a totally mock price there. Low VAT makes many products even cheaper, and products such as electronics, clothing, accessories, pharmaceuticals and opticians are well priced. There are also overpriced products, and in addition to foreign alcohols and tobacco, they include Western products and some delicacies such as nuts and other products that locals hardly buy. 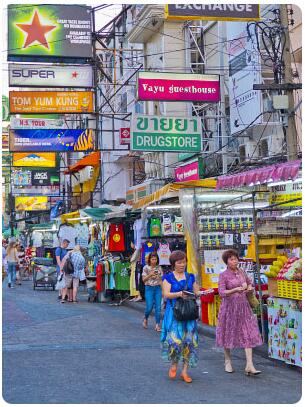 The best areas for shopping

Bangkok has a huge number of excellent shopping areas. They are located in different parts of the city center, and little different products are sold in different areas.

On the riverbanks , close to the Royal Palace and Khao San Road, there are many shops and stalls selling typical local products and souvenirs. Prices vary slightly from store to store, but there are many shops on the main street that sell low-end products such as shoes. This is a tourist cluster, the most interesting and worth visiting place of which is the marketplace known in English as the “Amulet Market”. It’s a fairly wide place where it’s worth taking a little time to tour, and there you can see a wide variety of products, many of which are related to Buddhism.

There are many different movements around Khao San Road. The downside of Khao San Road and its immediate vicinity is that more products are being squeezed than in many other neighborhoods. The reason is that many who thrive there have just arrived in Bangkok or are so lazy that they don’t bother to shop around.

Khao San Roadia somewhat better street for shopping is next to it is not Soi Rambuttri, but it does not have very many shops. An interesting alley is Susie Walking Street between it and Khao San Road , which is the best fairway between the two streets. Along the way is, for example, a bookstore with Finnish books.

Soi Rambuttr has two parts, and for almost everything better is the section on the other side of the busy road (Chakrapongse Road). It is precisely at that bend that there are many stalls selling clothes and other products, and along it there is also a bookstore with lots of books related to Bangkok and Thailand and also travel guides. Many stalls only show up there in the early evening, and it’s not a good place to do much of anything during the day.

There are numerous opticians along the street that divides Soi Rambuttrin, as well as many other shops, and it is worth walking along it despite its bustle. Of the streets next to Soi Rambuttr, for example, Tani and especially Soi Kraisi are worth a visit, as Krais has a lot of clothing stores and much more. On many maps, the area is known as the “Banglamphu Market”.

Tanoa (or Tanao) at the other end of Khao San Road and Soi Rambuttr is a street with lots of interesting shops. There is much more stylish and high quality stuff along it than elsewhere in the area, but prices tend to be higher than normal due to the large number of tourists. However, it is a street that everyone should at least get to know.

Chinatown, or Chinatown, is one of Bangkok’s most hectic places to shop. It is an exotic and diverse area for shopping, although there are so many people in some places that staying there can become a nightmare. The busiest streets should be avoided and in the area you should be careful anyway, as mopeds and cars move everywhere. Valuables should be well taken care of, although there are no professional pickpockets there. Perhaps the greater danger of theft is that you drop something, or in a crowd somehow offend yourself. It is not advisable to walk with the phone in hand in the area, but it is worth keeping your eyes open there and going elsewhere immediately if you find yourself in the middle of a large crowd. The worst day to visit Chinatown is Monday,

Chinatown’s most famous street is Yaowarat Road, along which there are plenty of jewelers, exotic grocery stores, and shops selling Chinese herbs and medicines. Adjacent to it, Charoen Krung Road is Bangkok’s oldest street, whose name means “new street”. It’s an 8.5-mile-long street, and in the case of Chinatown, it has some interesting shops, though only curiosities for tourists to see quickly.

Chinatown’s most famous and tourist-most shopping area is Talat Mai [ on map ] at Soi 6, Yaowarat Road . Talat means market or market, and Mai is new, but this marketplace is a couple of hundred years old. This is a wide and varied area not only for shopping but also for eating and enjoying. Its side and nearby streets are also good places to wander around, but at times the crowds are huge and some of the shops are wholesalers.

One of the busiest streets in Talat Main is Valich 1 Road. Along it, whatever is sold, and it leads to a market hall called Sampheng or Samphon Market.

It is worth continuing the same route towards the riverbank and the Royal Palace, where you will first encounter a canal with a nice atmosphere, and then a kind of business center with a variety of movements. For those interested in electronics, the best place to visit is Mega Plaza. There are many layers of video games, cameras and related products. There are other major shopping malls nearby, such as The Old Siam Plaza . The area is worth a tour, but keep in mind that many shopping malls in Bangkok close early, usually from 7pm to 9pm. 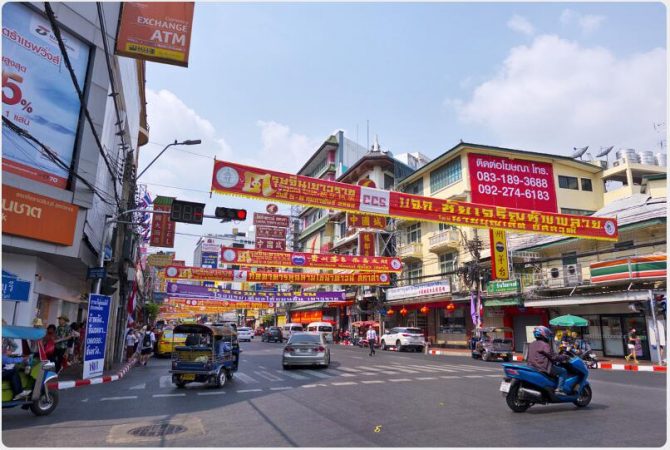