Due to its proximity to the equator, Togo has a hot, humid tropical climate. In the southern part of the country there are two rainy seasons (April to June and October to November) and one in the north (April to September). During the dry season, the harmattan winds from the Sahara carry many fine dust particles with them and ensure greater cooling at night. Weather information and detailed information on the weather and climate are provided in graphics for six locations in Togo. The West African monsoon system is presented in detail in the article by promet with many graphics, maps and pictures.

Climate change has been an ever bigger issue in Togo for years, mainly because the effects on the country are increasing noticeably. Irregular rainfall, floods, droughts, crop failures and desertification will increase across the African continent. The negative impact on agriculture will have a direct impact on the employment rate and the lives of the African people. As in many other countries, two thirds of the population in Togo live from their own agriculture which actually has to become more productive due to the constant increase in population. However, prolonged drought and water scarcity have the opposite effect. The fragile food supply is driving African states into ever greater mountains of debt and intensifying regional conflicts and war over resources.

The Intergovernmental Panel on Climate Change (IPCC) warns that in parts of Africa temperatures are rising twice as fast as in the rest of the world. The continent is the most flammable region, home to 70% of the scorched earth every year. Unlike the rainforest in the Amazon region, bush and grasslands, which are mostly on fire in Africa, can regenerate quickly. Even if Togo has a barely measurable share of global CO2 emissions, the country tries to take part in the international climate debate and to make itself more sustainable. Reforestation and a sustainable energy supply have high priority, which is to be built across the board and decentralized by 2030 with the help of solar technology. Central problems in Togo are also the unregulated waste disposal and the threatened coast.

Human interventions such as the construction of the Akosombo Dam (1961 in Ghana) and the construction of the deep-sea water port in Lomé in 1967 changed the natural balance between current conditions and sediment deposits on the coast of Togo. This is causing serious and threatening coastal erosion east of the port to the Benin border. The sea eats its way inland between 7 and 15 meters annually, threatening 2 million Togoans who live on the coast. Global warming is exacerbating the phenomenon, and by 2025 the speed of coastal erosion is said to have doubled or tripled. The city of Aneho and the surrounding area could have disappeared from the map by 2038. The government already has the commercial removal of sandforbid to protect the coast. The capital Lomé is also in direct danger. The combination of increasing coastal erosion and the rise in sea levels as a consequence of climate change endanger the entire coast of West Africa, where 56% of the regional gross national product is generated. The World Bank granted funds for coastal protection as part of the West Africa Coastal Areas Program (WACA).

As a result of climate change, not only is the sea level rising, the increased CO₂ uptake also acidifies the seawater, storms are becoming more frequent, the rainy season is becoming shorter, groundwater and soils are becoming too salty. The agricultural productivity of the soil is decreasing. In rural areas, soil erosion, often caused by slash and burn with bushfires that have gone out of control, is a major factor in the ecological problem. The enormous demand for wood or charcoal as the most important energy source also leads to illegal logging. Demographic pressure often forces the rural population to overuse the soil without observing the necessary fallow periods, which leads to the overexploitation and degradation of agricultural and forestry areas. Degraded soils store less CO2 and increase greenhouse effect again.

In May 2015, the environment minister appealed to citizens to protect biodiversity and get involved in reforestation. A reforestation project with over four million dollars for four years has been started by the Fonds de partenariat pour le carbone forestier (FCPF) and the government.

The dumping of phosphate waste with cadmium-containing trace elements in the sea led to water pollution. Environmental pollution in the greater Lomé area, inadequate municipal waste disposal, private semi-legal and illegal disposal of household waste, wastewater treatment and the nationwide supply of clean drinking water are some of the capital’s unsolved ecological challenges. Since November 1, 2014, the import, production and distribution of plastic bags that are not biodegradable are prohibited under penalty, but the law is not observed. In the absence of public parks and green areas, Lomé beach is visited by thousands of people on weekends, leaving their mark, which leads to more and more serious pollution of the beaches. The Togoer Felix Tagba invented the sport ecojogging, with which 5 tons of garbage have been collected in the last 2 years and for which Togo hosted a world championship in 2019. The Togolese company Africa Global Recycling has achieved good results in Lomé and will expand into neighboring countries.

Climate change as a global challenge

According to areacodesexplorer, the Togolese government is supported by the Alliance Mondiale contre le Changement Climatique (AMCC +), which was set up by the European Union in 2007 to help emerging and developing countries adapt to climate change. In 2017, the Togolese Environment Minister presented the Program d’Appui à la Lutte contre le Changement Climatique (PALCC). It primarily includes measures for reforestation and the protection of biodiversity. The costs for the implementation over 5 years are 10.6 million euros and are borne by the AMCC +.

Togo is also supported by the Green Climat Fund, which has existed since 2010 and is based on voluntary contributions from industrialized countries. Over 10 billion euros have already been mobilized in recent years, making the Green Climat Fund the central instrument of international climate finance. In the Country Program for Togo you will find forecasts and scenarios for the course of the climate crisis in Togo as well as corresponding measures and national action strategies.

A Plan National d’Adaption aux Changements Climatiques du Togo (PNACC) was developed in cooperation with GIZ. In 2017, the World Bank calculated the cost of environmental damage in Togo to be at least 7% of GDP. As the climate crisis progresses, the costs of consequential damage will rise exponentially worldwide and cannot be foreseen. 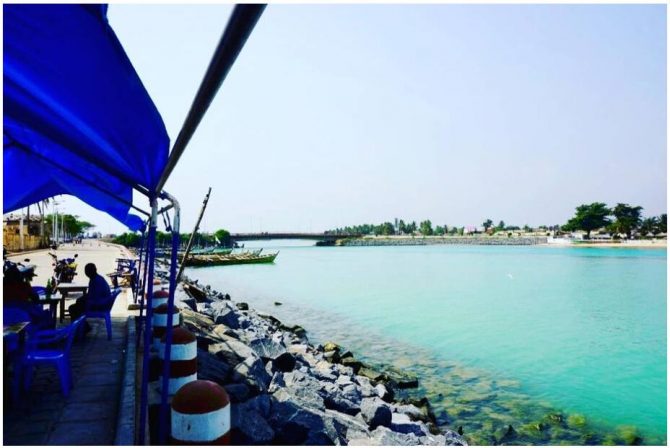