Although there have been undeniable improvements under Faure Gnassingbé, the foundations for credible free market competition and good governance are still missing in Togo. In 2020, Togo ranks 140th out of 180 countries in the Heritage Foundation’s Economic Freedom Index. In the regional ranking, the country is in 27th place out of 47 sub-Saharan Africa states. Togo’s economic freedom remains with the overall status of “largely unfree”.

According to ezinereligion, in 2019, Togo recorded an economic growth of 5%, similar to previous years. Above all, foreign investors, the state apparatus and a small upper class at home and abroad benefit from the growing economy. Economic growth in recent years has been driven by investments in infrastructure and the important cement and clinker sectors. Per capita growth was 3.0% in 2017 and has therefore remained at a similar level since 2014. Overall, Togo is still lagging behind the economic development of sub-Saharan Africa. The per capita income of $ 660 in 2018 is only half the average in sub-Saharan Africa.

Togo last went through a structural adjustment program under the supervision of the IMF in 2017-2019 in order to reduce the debt ratio to below 70% of GDP by 2020. In order to achieve this, among other things, public investments were reduced by 40% and further fiscal austerity measures were agreed. In 2018 imports fell by more than 20%. The national debthad risen to over 80% of GDP at the end of 2016 in previous years and thus exceeded the debt ceiling of 70% of GDP set by the West African Economic and Monetary Union. The reason for this was high investments in infrastructure, such as the expansion of the deep sea and airport. The IMF was particularly concerned that China was overloading Togo with unsustainable debt through its large infrastructure projects. In 2018, Chinese head of state Xi Jinping announced partial debt relief. At the end of 2018, the Togolese economy already managed to meet the convergence criteria of the Economic Community of West African States ECOWAS.

Due to reforms in public finances and improvements in the business climate, Togo took significantly better positions in the Doing Business Reports for 2019 and 2020 than in the past. The World Bank study analyzes the reforms that have taken place over the year that improve the business climate for companies. These include access to electricity, obtaining property rights and credit, protecting minority shareholders, paying taxes, and managing contracts with the state. Among other things, the fees for building permits in Togo were significantly reduced.

The inflation rate is likely to remain moderate in the coming years (approx. 2%) due to the currency peg and government subsidies for fuel prices. The West African CFA franc is pegged to the euro at an exchange rate of 657.88 F CFA to € 1. Accordingly, the country cannot pursue an independent monetary policy. Integration into the franc zone is still justified mainly for political and less for economic reasons and is due to the high vulnerability of West African countries to political crises.

The mismatch between education and available jobs puts great pressure on the labor market, especially for college graduates, of whom only around a third find employment. Unemployment and underemployment, as well as the inadequate social and health system and the completely overloaded education sector remain the major problems in Togo.

Political tensions between the regime and the population repeatedly have a negative effect on the growing economy. In the second half of 2017 in particular, political unrest led to a decline in investment. However, the government repeatedly ensures calm with repression. After the presidential elections in spring 2020, the political situation eased for the first time. Risk factors for the Togolese economy are also the dependence of economic income on the climatic conditions for agriculture and the raw material prices of its export goods. 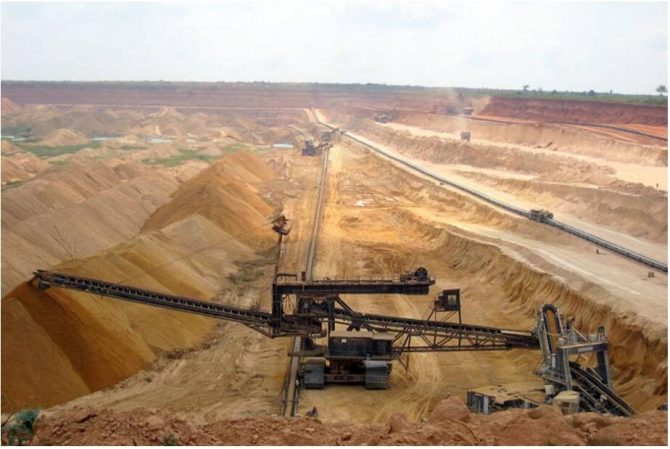