In March 2019, the government presented the Plan National de Developpement for 2018-2022 (PND). The PND is the continuation of the Stratégie de Croissance accélérée et de Promotion de l’Emploi (SCAPE) – the economic strategy paperfrom 2013 to 2017. It envisages various major projects in the areas of trade and logistics, agriculture and industrial processing. The government wants to build on the logistics hub through the deep sea and airport and make Lomé a regional trade center. In addition to multi-functional logistics centers, including the port, the interurban roads to Benin and Burkina Faso are to be expanded. In order to expand the agricultural industry, the government is promoting the construction of so-called agropoles. These are industrial zones in which primarily companies in the food processing sector should set up.

Due to the high level of national debt, little is currently invested by the state; most of the money comes from donor organizations such as the World Bank, the African Development Bank (AfDB), the EU or individual countries such as China and France.

The total cost of the PND is F 4622 billion CFA, a little over 7 billion euros. Two thirds of this is to be covered by private investors, and a third by the Togolese state in so-called private-public partnerships (PPP).

The government worked with the United Nations to develop framework conditions for accelerating the Millennium Development Goals. According to mathgeneral, a table shows which goals Togo has pursued or achieved so far. President Faure Gnassingbé took part in the United Nations summit, at which the new Agenda 2030 with the 17 goals for sustainable development, which have been implemented in Togo since January 1, 2016, was presented. In early 2017, Prime Minister Selom Klassou attended the UN Sustainability Forumin New York and presented Togo’s strategy for economic recovery and poverty reduction. The government’s priorities are improving the energy and drinking water supply and building a sewage system in Lomé. In the accompanying 2018 report, the government explains how it intends to achieve the Objectifs de Dévéloppement Durable ODD (Sustainable Development Goals). The PND is also described there in detail.

On the website of the Ministry of Economy and Finance you will find news and further links to the economically relevant institutions of the country. 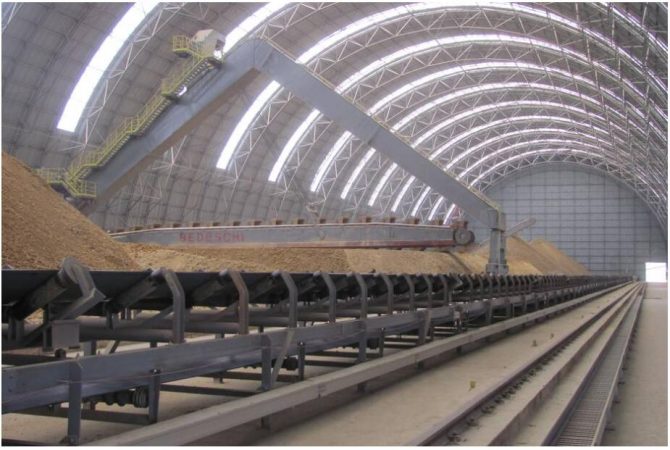 Effects of the Covid-19 pandemic

The Covid-19 pandemic destroyed the macroeconomic successes of previous years and had a major impact on Togo. Due to its role as a transit country in trade, the Togolese economy is heavily dependent on the outside world. The government expects government revenues to decline by 40%. The World Bank estimates that the country’s economic growth could fall from 5.3% in 2019 to 1% in 2020.

On September 8, 2020, the World Bank published its latest report on the economic situation in Togo after the outbreak of the pandemic. The analysis is based on data from the beginning of June 2020, when companies closed for an average of 10 weeks. At the height of the restrictive measures, almost every fourth company (23.1%) had to close. The closure rates differ depending on the size of the company and are higher for small and medium-sized companies (22-30%) than for large companies (approx. 13.6%).

The World Bank found that small and medium-sized companies that had to close permanently, unlike large companies, had more difficult access to emergency financing and credit. High taxation and difficulties in accessing finance were the main obstacles to the development of the private sector even before the Covid-19 crisis. There is also an imbalance between nationally and foreign-owned companies. Nearly 42% of foreign-controlled private companies have closed, compared to about 20% of domestic private companies.

Overall, the measures to combat Covid-19 in Togo have affected around 62% of jobs. The study shows that the service sector is hardest hit (with 49% of jobs), while industry, retail, construction and tourism make up the remaining 13%.

These statistics agree with those of the Central Bank of the West African Economic and Monetary Union, which also state that the service sector has been hardest hit by the corona crisis. This is a particularly big challenge for Togo, as the Togolese economy is mainly based in this area. Driven by port and airport traffic, which were badly affected by the pandemic, the service sector is Togo’s biggest growth engine.

In response to the economic crisis, the World Bank Group pledged Togo $ 70 million (around 38.8 billion CFAF) to limit the damage caused and to revive the economy. Half of the money is made up of grants and half of the money.

The Togolese government wants to waive taxes on the sectors hardest hit by Covid-19 to help them cope with the crisis. This applies to hotels, restaurants, transport and travel companies. Tradespeople and persons treated like them who are subject to trade tax are also benefited. The tax measures passed on July 30th apply until April 2021, one month after the state of health emergency ended.