After Eyadema Gnassingbé’s death, the 2005 presidential elections were used to establish his son Faure Gnassingbé as his successor. The elections were very violent, killing over 500 people, injuring thousands and triggering a mass exodus in which around 30-40,000 citizens fled to neighboring Ghana and Benin, which have since returned. In October 2006 an independent electoral commission, Commission Electorale Nationale Indépendante – CENI-Togo, consisting of the ruling party and various opposition parties and representatives of civil society, was set up to prepare the 2007 parliamentary elections. The parliamentary elections of October 14, 2007 went relatively well overall despite some problems, according to reports from international election observers.

In March 2009, the Constitutional Court modified the electoral law, which already has a relative majority in the first ballot enough for a win. Since then, the opposition has been calling for an election with two rounds and a simple majority, as well as a return to the 1992 constitution, which includes a restriction on the previously unlimited number of presidential terms. The ruling party was able to use and expand its advantages in the run-up to the 2010 elections, while various hurdles were put in the way of the opposition.

The presidential elections on March 4, 2010 took place without violent attacks, but the turnout was rather low at 65%. A census took place in November 2010, which also served as the basis for a new electoral roll. The new electoral law provides for a change in the electoral district boundaries, to the advantage of the ruling party UNIR, which led to protests by various opposition groups.

The presidential election on April 25, 2015 went without any major incident. As expected, the election winner was the incumbent President Faure Gnassingbé with 58.75% of the votes, while opposition candidate Jean-Pierre Fabre received 34.95% of the votes. Originally, in addition to Jean Pierre Fabre, joint candidate of six opposition parties, the entrepreneur Alberto Olympio, nephew of Gilchrist Olympio, the musician Eric Mc and the priest Georges David Ada had announced their candidacy for the 2015 presidential election. Perhaps for some of them the bail of over 30,000 euros was too much of a hurdle. Ultimately reported five applicants to submit their candidature for election: Jean Pierre Fabre, incumbent Faure Gnassingbé, Professor Aimé Gogué, attorney Tchassona-Traoré and the former officer Gerry Komandéga Taama. At 60%, voter turnout was even lower than in the previous elections. The CEDEAO and also the UN confirmed that the election went normally, which the opposition around Jean-Pierre Fabre saw differently. 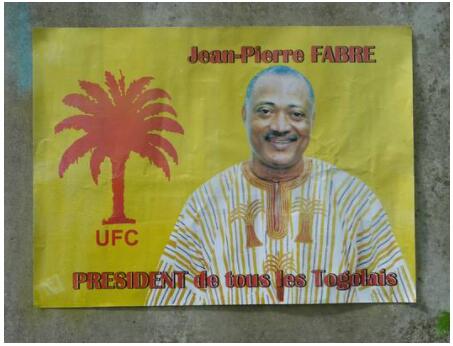 According to constructmaterials, on June 30, 2019, local elections were held in Togo for the first time in 32 years. In the course of decentralization, the negotiation of elections at the local level has been tied to the resumption of development cooperation with the EU since 2007. Since then, the government has announced several local elections and repeatedly canceled them for various reasons.

On June 30, 2019, 3.4 million Togolese voters were allowed to vote for the first time under Faure Gnassingbé in 117 municipalities a total of 1527 city councils. Until then, the city administrations were appointed directly by President Faure Gnassingbé. 80 parties and 100 independent candidates ran. After the opposition almost closed the general election and boycotted at the end of 2018, Coalition 14 resumed at the local level. The boycott had ultimately only given the government an almost two-thirds majority in parliament, which is necessary to change the constitution. The major opposition parties ANC and UFC competed individually after disputes in the months before. The PNP of Tikpi Achadam, who still lives in exile, boycotted this election as well and called for the release of numerous detained PNP members.

In order to encourage the candidacy of female candidates, the inaugural deposit of F 20,000 CFA for women has been reduced by half – the equivalent of 15 euros. The large civil society organizations were not allowed to contribute to the accreditation of the elections. The Commission Électorale Nationale Indépendante (CENI) stated that it had appointed 2,435 national and 37 international election observers and declared the election valid. In some municipalities, for “technical reasons” it was not possible to vote until August 15th.

As expected, the ruling party UNIR emerged as the clear winner, taking 895 of a total of 1,490 seats on the city council. In second place, Jean-Pierre Fabre’s ANC got 134 seats, the rest of the coalition 14 131 seats and the UFC 44 seats – the rest is split between independents and other parties. The CENI estimated voter turnout at 52%, and it was particularly low in Lomé.

After the unrest of the past few years, the presidential election on February 22nd was unexpectedly calm. The Commission Electoral Nationale Indépendante (CENI) announced that incumbent Faure Gnassingbé was re-elected with 72%. The opposition could not agree on a common candidate in advance, the Coalition14 as an opposition alliance had previously quasi dissolved. Instead, influential clergy had created “La Force Democratique”, above all the retired Archbishop Philippe Kpodzro from Lomé. The initiative declared Agbeyome Kodjo its candidate and campaigned for him.

Agbeyome Kodjo, 65, is a Togolese politician who was Director General of Lomé Free Port from 1993 to 1999. After he was elected to the National Assembly in the 1999 elections, he was elected President in June 1999 and in August 2000 he was appointed Prime Minister by the dictator Eyadéma. In 2001, Agbeyome announced a constitutional amendment aimed at by the government that should allow Eyadéma a third term after the 2003 presidential election. He later said he personally declined the announcement. During his tenure as prime minister, there was speculation about a possible successor Agbeyome as president, in the case of the resignation of Eyadéma. However, the two came into conflict and Agbeyome was sacked as Prime Minister on June 27, 2002. He lived in exile in France until Eyadéma’s death in 2005. He served a prison sentence for embezzling funds during his time as port director and then returned to politics as an opposition member. His party “Mouvement patriotique pour la démocratie et le développement” (MPDD) was one of the few opposition parties to take part in the 2018 parliamentary elections that were boycotted by the Coalition14 at the time.

Agbeyome Kodjo came second with 18%. Long-time opposition leader Jeans-Pierre Fabre (ANC) also ran himself and received 4% of the vote. Agbeyome and “La force Democratique” of the clergy accuse the government of electoral fraud. Archbishop Philippe Phodzro called the population to protest, but without much success. The violent clashes with security forces in recent years have successfully deterred the population. The American embassy also expressed doubts about the results and called for the results to be disclosed by individual election offices. The government firmly rejected this proposal, relying on Togolese laws that do not provide for detailed publication of the election results. On March 16, Agbeyome was stripped of MP’s immunity. He is now threatened with criminal prosecution for declaring himself the winner of the February election. France, Germany and the European Union recognized the election and announced their continued cooperation with Faure Gnassingbé. For the first time, Togoers living abroad were allowed to vote in the 2020 presidential elections.