The modern metropolis of the state of Western Australia offers 5 different options for getting to and from Perth by train . There are three short routes – to Bunbury, Northam and Merredin. There is also a connection to Kalgoorlie inland and one across the continent via Adelaide to Sydney. The latter is covered with the famous Indian Pacific, which is very much appreciated by numerous tourists. In addition, it should be mentioned that only the Indian Pacific is of real interest to most travelers, which is why we focus on this in the following.

Overview of trains and routes

The Indian Pacific operates between Perth , Adelaide and Sydney . The journey across Australia is undoubtedly an experience in a class of its own and is therefore often the first choice for train enthusiasts. Once a week the long Indian Pacific rolls 4,352 kilometers from west to east and back. 3 nights or 65 hours must be planned for this. From Perth, both the Avon Valley and the endless Wheatbelt are passed before the train stops in Kalgoorlie for the first time . The next day you have the opportunity to see the barren yet typical Australian landscape of the Nullarbor Plain to enjoy. In Adelaide, the capital of South Australia, you have the option of stopping for several days, ending the trip or continuing directly to Sydney. Incidentally, on the way to the metropolis, the beautiful Blue Mountains are crossed. Guests can choose between the luxury class (Platinum Service), 1st class (Gold Service) and 2nd class (Red Service). A dining car and bunk beds are of course available for all classes. The ride on the Indian Pacific is not only one of the longest in the world, but certainly also one of the most beautiful.

The following trains are of little tourist interest, but are listed and briefly described for the sake of completeness:

The Australind drives the 186-kilometer distance Perth – Bunbury 28 times a week. This takes about 2 hours and 30 minutes. There is space for 285 passengers in the diesel locomotive and can enjoy the relatively short journey south. The Australind departure takes place at Perth Station.

The one hour and 20 minute AvonLink journey from Midland to Northam can be used 10 times a week. To the west, the 97 kilometers lead through the pretty Avon Valley, which is a popular tourist destination. The journey to Merredin, on the other hand, starts from the East Perth Terminal and takes 3 hours, 15 minutes. Here, 261 kilometers are covered. The MerredinLink also stops in Northam.

With the Prospector it is possible to cover the Perth – Merredin – Kalgoorlie route. The journey to the outback city to the west of the metropolis takes 6 hours and 45 minutes. For this, 655 kilometers are covered. The service can be used 18 times a week. As with the AvonLink and MerredinLink, the journey with the Prospector begins at the East Perth Terminal.

Information about the train station & things to do

While the Indian Pacific, AvonLink, MerredinLink and Prospector depart from the East Perth Terminal, the Australind begins its journey at the Perth Terminal. East Perth Station and Perth Station are about 2 kilometers or 20 minutes’ walk apart. Both train stations can be reached from the outskirts as well as from the CBD by public transport. Perth Station was built in the middle of the CBD on the southern edge of the Northbridge nightlife district. It is not particularly far to the famous shopping streets Murray Street Mall and Hay Street Mall as well as to the pretty Kings Park. There are also numerous hostels and various hotels in the vicinity. The East Station is a bit out of the action, which is why a visit to the CBD is highly recommended. Incidentally, both stations are close to the Swan River. 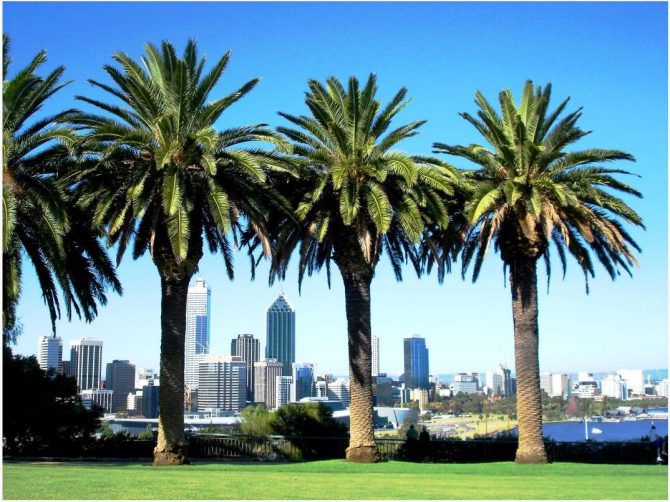 Tours, tours & activities in and from Perth

Anyone who is already in the economically strong megacity should definitely stay a few days to enjoy the numerous sights and offers of the metropolis. In addition, it is possible to take part in exciting tours, varied activities and organized round trips in the city and the surrounding area.

In addition, the area around Perth offers great highlights that you should definitely visit: