Chief of Defense Min Aung Hlaing adheres to the letter of the Constitution. He does not take orders from any state adviser, only from the president. The constitution also gives him the right to oppose the president’s order if he believes the country’s national security is threatened.

Suu Kyi does not want to lead the army through the president. She will control directly. That is why she has not had the president convene the National Security Council once. It met weekly under President Thein Sein (2011–16). The council has five military and four civilian members and is chaired by the president. Suu Kyi is only sitting there as foreign minister. The result is that there is not no functioning decision-making system in the security policy area. The Chief of Defense makes security policy decisions on his own, and much is considered security policy in Myanmar. Both the Minister of the Interior, the Minister of Defense and the Minister of Border take orders from Min Aung Hlaing. He has also appointed a quarter of all members of the National Assembly and of the assembled assemblies of the states and regions.

Why does Aung San Suu Kyi not criticize what the army has done to the Rohingya? She only knows that herself. The rest of us have to guess. Maybe she herself feels fear of Muslim immigration. If she criticizes the army, she also shows the world that she has no real power. It can take a long time to go open against an army founded by her famous father. She would probably rather have control of the army, not fight it.

She is probably also afraid of losing support in the population, especially in the largest ethnic group bamar (Burmese) , because there are many who think she touches the Rohingya with silk gloves. My Aung Hlaing has strengthened his popularity at home by cracking down hard on the “illegal Bengali immigrants”. It may also be that Aung San Suu Kyi is looking forward to the next election in 2020. Many believe that the Chief of Defense has political ambitions and wants to become the country’s next president.

6: Crimes against humanity or genocide?

The UN High Commissioner for Human Rights has called the army’s action in Rakhine state ” ethnic cleansing “. It is not a legal concept – so ethnic cleansing is illegal only to the extent that it can be defined as ” crime against humanity ” or ” genocide “.

Even before the recent events, there was much discussion internationally about whether the treatment of Rohingya meets the legal definition of genocide. Attempts will probably be made to prosecute the Myanmar government before the International Criminal Court in The Hague, although the UN Security Council will hardly send the case to the criminal court. China is among the five veto powers in the Security Council, and the Chinese do not want to offend Myanmar, a country located in Asia according to physicscat.com.

7: How will the Rohingya fare?

Bangladesh will build one huge refugee camp for all Rohingya who have fled the country. This is how the government of Bangladesh hopes to gain control of the refugees and make it clear to the whole world that they really belong in Myanmar.

Aung San Suu Kyi has agreed with Bangladesh to send home those refugees who can prove that they have had legal residence in Myanmar. She believes the task of returning the refugees, deciding who can return, rebuilding their villages and creating viable conditions, is a civilian task that she herself will lead. The army will only take care of security.

The return of Rohingya could be a measure of both Suu Kyi’s political power and the strength of international pressure on Myanmar. The army, the Rakhine nationalists and the Myanmar Buddhist fundamentalists (led by ultranationalist monks) are unlikely to welcome Rohingya.

One danger now is that ARSA will acquire more and better weapons. All over the Muslim world, money is being raised to support the oppressed and displaced Rohingya. Some of the support can go to weapons. Young warriors are angry at the leaders who made them fight without proper weapons. The next ARSA attack may be better prepared than the previous ones, and then there may be another round of ethnic cleansing.

In tragedies, there are often bright spots as well. Good forces are working for reconciliation , and there are villages where Rohingya and Rakhine live peacefully side by side. In the otherwise gruesome reportage book Myanmar’s Inner Enemy : Buddhist Violence and the Formation of the Muslim “Other” , BBC journalist Francis Wade writes that the main problem may not be deep-seated prejudice, but rather a situational fear of being attacked by the “other”. For both sides, attack then becomes the best defense. When fear subsides, it is possible to create reconciliation and cooperation. In that case, it may still be possible to implement the Annan Commission’s 88-point program. The world community should make it clear to Myanmar’s rulers that if they want to avoid being accused of ethnic cleansing and genocide, they must welcome refugees back, rebuild their villages and grant them citizenship. 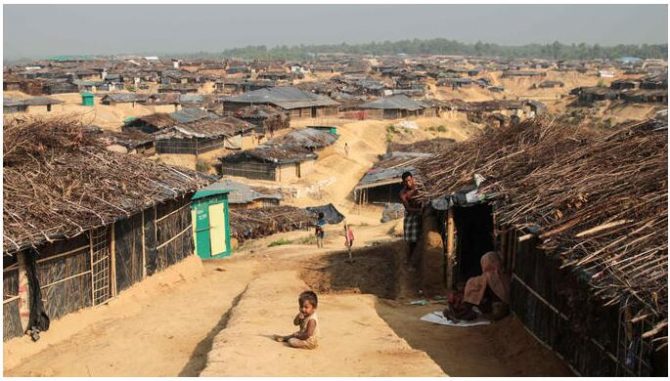