At the beginning of a promising world career, the only 28-year-old Bella Bellow died in 1973 in a traffic accident and thus became an icon of Togolese music. On the 40th anniversary of her death, Junior Fadairo produced a homage ‘Bella Bellow – L’Eternel’ and GhanaWeb commemorated ‘La Blueswoman d’Afrique’. The film clip ‘Reines et Héroïnes d’Afrique raconte Bella Bellow’ also shows historical footage. Her picture adorned the 10 000 Francs CFA bank note and a postage stamp and many of today’s singers, such as Angèlique Kidjo, cover their songs. Other musicians from Togo and Benin also played together and influenced each other.

Gérard Akueson was the first African to set up a record company in France in 1962 and to produce stars like Bella Bellow and the Beninese artist GG Vikey with his label ‘Disques Akoe’. He wanted to celebrate the 60th birthday of his career in October, but the celebration had to be canceled because he had to be hospitalized. In 2012, the Goethe-Institut in Lomé celebrated the oldest big band or dance orchestra in Togo, the Melo Togo orchestra, founded in 1954.

According to physicscat, the currently most popular and internationally successful Togolese musician is King Mensah, who tells in detail about his music, ideas and projects in this video clip. With his foundation of the same name, he is committed to orphans and supported the fight against Ebola at a concert. A very charismatic blues singer and rock musician who has been successful for a long time is Jimi Hope, who was honored as the best African rock musician in 2008 and can look back on more than 40 years of stage anniversary.

Roger Damawuzan, one of the great musicians of the 1970’s, played in various bands and released Wait for me in 1971. The song ‘Celibataire’ by Siagbo Dieudonne Eddie also comes from this time. The lovers of the rare records of Togolese music of the 1970’s are starting to put together a playlist of these rare grooves and publish them online.

The singer and guitarist Peter Solo, who comes from Aného-Glidji, now lives in France, plays ‘Voodoo Funk’ with his band Kakarako.

The popular singer Julie Akoussa died in 2007. The Togolese musician Barthélemy Attiso plays in the Senegalese band Orchestra Baobab, who made a significant contribution to the sound of this successful band with his guitar sounds. The singer Afia Mala is also known as the Togolese diva and released her last album Afia Mala à Cuba in Havana.

The composer, singer and guitarist Thierry Nkéli Faha plays danceable Afro-Jazz and settled in Hong Kong a few years ago. Bibish Mola (actually Kpegouni Agoro) from Sokodé is a successful reggae musician. The two musicians of the group Jey-Liba come from Dapaong and dream of Lomé as the music capital of West Africa. On the Togozik site you will find a collection of music tracks and video clips from various recent artists.

Eric MC is a pioneer and probably the best known representative of Togolese rap. In September 2015 he presented his new album ‘Sauvons le Togo mon amour’. Yob is a rapper who accompanies his lyrics with traditional instruments. Elom 20ce, rap musician, describes himself as a contemporary griot and arctivist (Artiste and Activiste) and promotes pan-Africanism with his label Asrafo Records. Doto / Silence! is an audiovisual project that was shot in Lomé in 2007 and gives an insight into the young and very lively rapper scene in Lomé. The rapper Yao Bobby from Kodjoviakopé is politically active and his solo album ‘Histoires d’un continent’ also deals with issues such as corruption, social injustice and bad governance. Together with Edgar Sekloka he produced a record and a documentary film. The online magazine ‘Ici-Lomé’ asked whether the Togolese musicians are politically and socially engaged.

The duo Toofan had their big breakthrough with the song ‘Obragada’, which was written for the 2006 World Cup, and they had another hit with the song about the mototaxis ‘Zemidjan’. They are also known and popular due to the introduction of new dance steps, such as the ‘Gweta’ recently, and they have become role models for entire generations. In May 2016 in Abidjan they were named ‘Personality of the Month’ as the best group in Francophone Africa.

The singer Oneil Biatti was the Togolese candidate for the Buzz Awards 2015 and the group Elinam represented Togo at the final of the ‘Prix Découvertes RFI 2015’. The singer Almok was nominated for the ‘African Muzik Awards’.

The musicians Oro Below and Inouss Landozz live in Germany. Also Agboti Yawo went to Germany after his play Ablode Gbadza got (total freedom) difficulties in Togo, later he went to the United States, was an evangelist and returned in 2009 back to Togo and preach peace and reconciliation.

In trade and traditional music can be found from Togo; A specialty are sound stones (pichanchalassi), with which music is played in the Kabyé milieu.

The singer Ammy Coco started the first music festival ‘Festival Calebasse’ in Lomé in January 2013 with the aim of promoting young talents and making them known abroad. In May 2016 the ‘Festival international des musiques d’Afrique (Africa rythms)’ took place at the Institut Français for the 9th time. 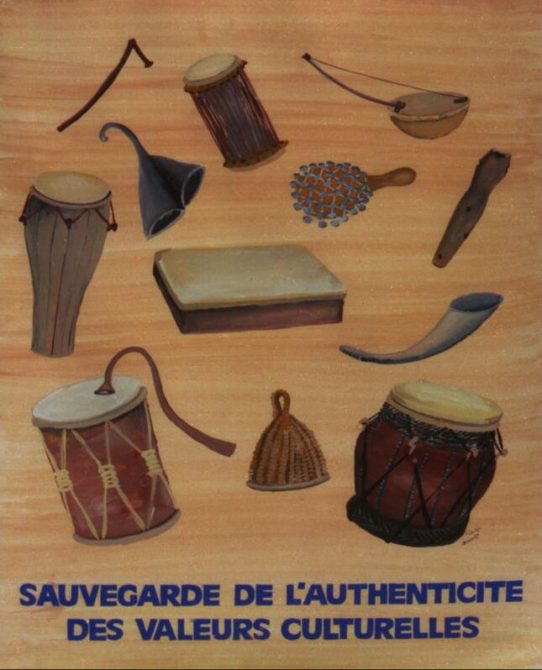