In the parliamentary elections on July 25, 2013, 26 parties ran. The clear winner was the ruling party UNIR – Union pour la République, which, according to the official result, received 62 out of 91 seats. The opposition Collectif Sauvons le Togo – CST won 19 seats, 6 seats went to the Arc-en-ciel coalition, 3 to the UFC – Union des Forces de Changement and one to the Sursaut National.

On December 20, 2018, parliament was re-elected under great tension across the country. It was the first election since the mass protests against the government began, and it was originally planned to take place in June. For fear of defeat by the opposition allied for the first time, the government postponed the election indefinitely and, at the urging of the CEDEAO, set it for the end of the year.

While the ruling party UNIR has been expanding its election campaign since the beginning of the year, the opposition has been banned from campaigning in some regions of the country. In the past, the government had an easy job in the interior of the country, as the opposition was hardly present there. However, the political protests had spread across the country in 2018. In the months leading up to the election, the government tried to intimidate the population and weaken the opposition by banning demonstrations and having a high military presence. Thereupon the Coalition des 14, the most important opposition alliance under Jean-Pierre Fabre and Tikpi Achadam, decided not to participate in the parliamentary elections and called for a boycott of the election.

In the days leading up to the election, numerous warning messages were circulated calling for people to stay at home on election day and prepare for violent clashes. According to dentistrymyth, in Togo, messages and calls are often distributed via WhatsApp in particular, as are videos showing acts of violence by the security forces immediately before the election. Also Tikpi Achadam often turns on voice messages to the population as it is in hiding for fear of further assassination attempts mostly. It is unclear who circulated the warnings before the elections.

The election itself took place without any major excesses, which was mainly due to the high presence of the military and security forces. A total of around 8,000 police officers were on duty to prevent unrest. In the weeks leading up to the election, four people, including an 11-year-old boy, lost their lives in demonstrations. All armed forces of the military, gendarmerie and police have cast their votes three days before the official election.

The CEDEAO stated that the election was carried out to their satisfaction and that they regret the boycott by the opposition. If they do not take part, the government has virtually free entryinto parliament, even if it failed to achieve a four-fifths majority in parliament. This is necessary in order to adopt changes to the constitution. President Faure Gnassingbé only wants to give in to the demand for the term of office to be limited to two mandates if this does not apply retrospectively and he can stand for two more times. His party UNIR now has 59 out of 91 seats (previously 62), followed by Gilchrist Olympio’s UFC, which is not part of the Coalition of 14, with 6 seats. In addition, four largely insignificant parties made it into parliament for the first time: Le Mouvement Patriotique pour la Démocratie et le Développement of former Prime Minister Gabriel Agbéyomé Kodjo and Le Nouvel Engagement Togolais, each with three seats,

Nationwide, voter turnout was just under 60%, whereas it was only 21% in Lomé. For the Coalition of 14, their call to boycott the election was implemented. But the fact is that the opposition allianceis no longer represented in parliament (previously they had a total of 25 seats) and can therefore no longer participate in legislation. For many, this was a strategic mistake by the opposition, which may also be due to internal power struggles. For Tikpi Achadam and his Parti National Panafricaine it would have been the first participation in an election and a safe entry into parliament. Achadam, who mostly has to stay abroad for security reasons, could have waged his fight against the government in public and in parliament as a member of parliament. Fabre, on the other hand, would have been replaced as the official opposition leader by Achadam because the majority of the population is behind him and the PNP.

As expected, the government used its dominance in parliament to push through the planned constitutional amendment in early May 2019. The term of office of the president is limited to two mandates, but does not apply retrospectively and enables Faure Gnassingbé to run again in the upcoming presidential elections. 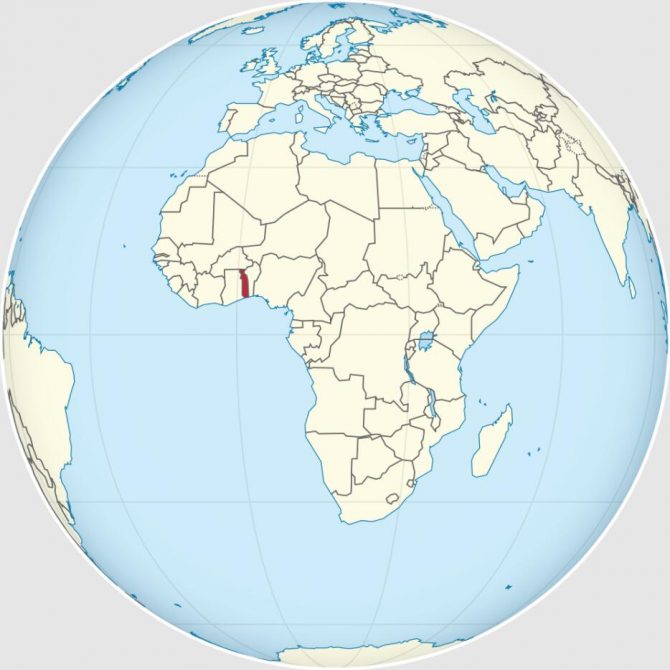